Spending their lives in the water, sea otters are ingenuous and fascinating creatures that use rocks as tools, and kelp as safety lines. The last week of September is an annual recognition of the sea otters as a marine keystone species ensuring healthy and balanced kelp beds in the near-shore coastal waters of the Northern Pacific Ocean. An important predator in the coast waters food chain, they spend their lives in the water in the kelp beds near shore and ensuring a healthy and balanced system.

While sea otters are rare in the waters off of southern tip of Vancouver Island, I was lucky enough to take a wilderness tour with Eagle Wing Tours earlier this year and we observed one special sea otter sunning itself with group of seals on the rocks of Race Rocks Ecological Reserve just south of Victoria, BC. 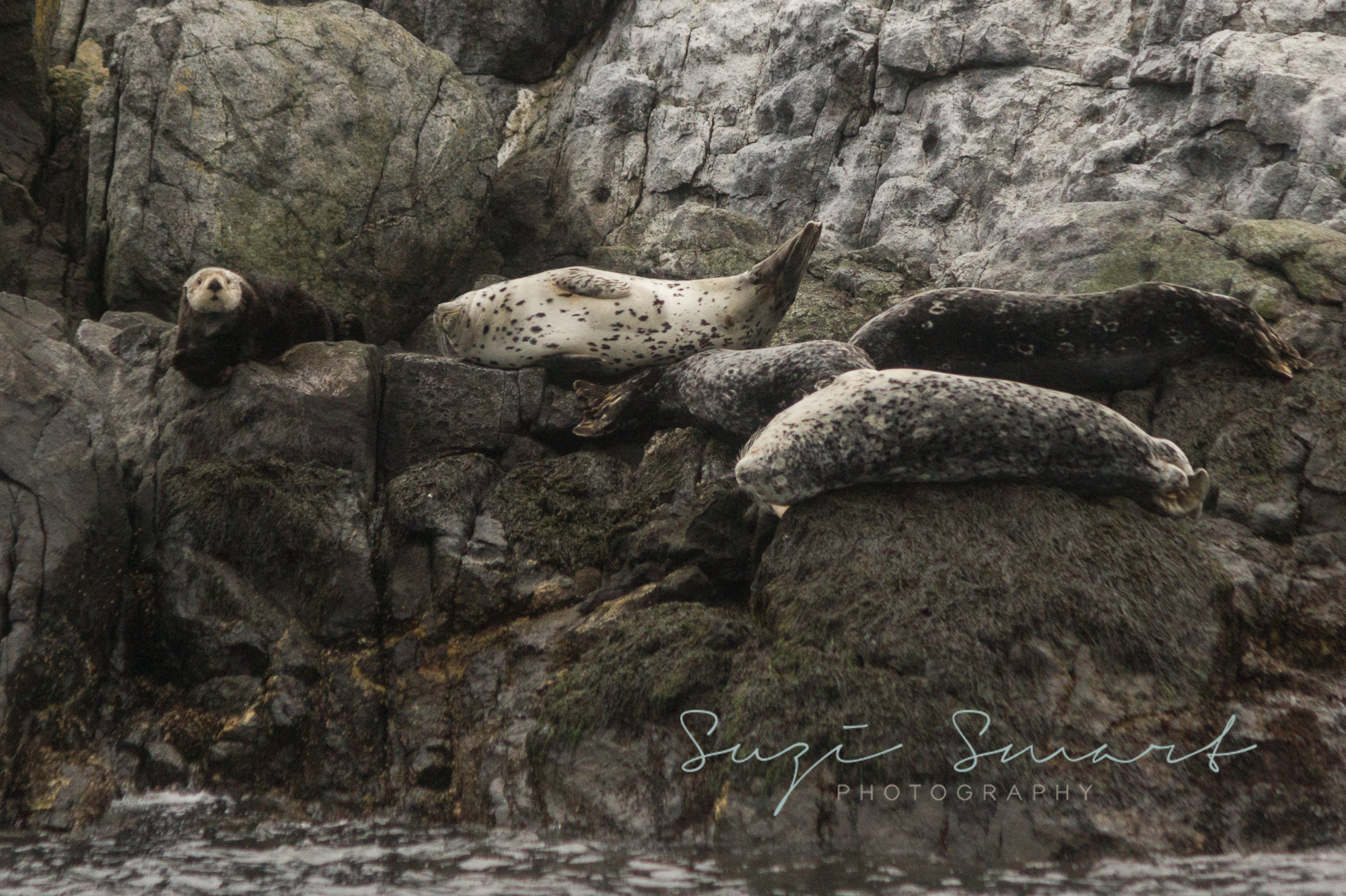 Sea otters have fascinated me since I was a child and saw them at the Vancouver Aquarium, though it didn’t register how endangered they were in the wild at the time and how lucky we are they are in our waters again. The sea otter’s thick fur was highly prized and they were hunted to extinction along the BC coast by the fur trade of the 1700s and 1800s. They were reintroduced to west coast of Vancouver Island between 1969 and 1972 with a group of 89 Alaskan otters. Now numbering around 5,000 in BC, sea otters are now listed as ‘special concern’ rather than endangered, though some populations are still at grave risk. They continue to face threats from oil spills as well as changing diets of predators such as orca whales. We need to continue our efforts of conservation and awareness to ensure that these beautiful creatures continue to thrive.

As I’m not a scientist and have limited knowledge, I encourage to check out the many resources available and learn more about these special creatures.

Fall is Around the Corner

This site uses Akismet to reduce spam. Learn how your comment data is processed.